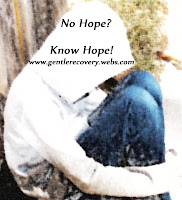 Why did you decide to write this book?
When I started writing in April 2008 my intention was not to write a book but to get the images of what happened out of my head. The more I wrote the more it dawned on me how far down God had gone to pull me out of a very dark place. I realized I had never told anyone what He had done or what had happened. On the advice of a friend, I started blogging and was shocked to read the encouragment and support from other bloggers. Around the same time, I connected with the rapist's son who told me even more horrific things that had taken place. One of the victims killed himself. I began to have the desire to tell the truth of what had taken place to give hope to others. Three months into writing, I met a writer who read some of what I had written and she told me I needed to tell my story. Although I continued to struggle with shame around disclosing, I started to construct what I wrote into a book format. There was a part of me that knew God wanted me to tell.
What is the significance of the book title?
My whole life had been based on deception; lies that were ingrained into me since I was a child. I believed everything I had been told: I was worthless, had no right to exist and what happened was because something was wrong with me. Faith in those lies almost killed me. It led me from one dark encounter into another. Even when God dramatically touched me, it took a long time for me to let go of the decpetion and accept the'truth.'
Tell us about your book.
The book is written in creative non-ficiton so that it flows more like a novel than a documentary. However, it is a true story. It's divided into two parts; the first telling the story of growing up in a Jewish religious home, being physically and emotionally abused by both my parents, and turning to a serious drug addiction, eating disorder and self harm at a very young age....in an effort to escape. The addictions pulled me further down. Living on the streets was dangerous and then a friend brought me to meet a man she believed could helpme. He turned out to be a cult leader. He held me in his house for six months and raped me before I finally managed to get free. The turning point was a dramatic encounter with God, although I continued to struggle with the addictions.

The second part details the process of healing and recovery from shame and addictions.  As a Christian and someone who had experienced many miracles, I still could not get free....not until I dealt with the root causes. Through a relationship with a Christian counsellor, I started dealing with the eating disorder, self-injury, anger, shame, fear and forgiveness .

At the back of the book I list nationwide resources so the reader can access their own help.
What did you learn while writing this book?
I learned  God can be trusted to bring about complete healing and recovery and it was the power of His gentleness  that ultimately freed me and continues to free me. I was reminded to never judge anyone because no one really knows what has gone on in someone’s life to make them as they are.

"Novels Ought to have Hope." Anne Lamott

Nikki (Sarah)
Author:"In the Eye of Deception Winner of TWG Award + "Dancing Softly" A story of hope and overcoming To read reviews or to purchase go to www.write2empower.webs.com 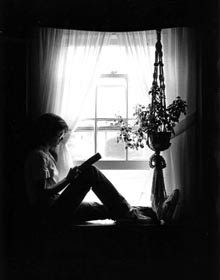